3 Things that Keep Disrupting the Goal of the Local Church and How to Overcome Them.

Home » 3 Things that Keep Disrupting the Goal of the Local Church and How to Overcome Them.
Previous Next

3 Things that Keep Disrupting the Goal of the Local Church and How to Overcome Them.

Not that God is could be absent anywhere, since He’s omnipresent, but any time the Bible speaks of his distance, it’s in reference to his disapproval of the actions taking place among the people of God.

The more I’ve grown in my faith, the more I’ve noticed that most churches have been playing church but not quite fulfilling its duties as The Church. If you are a Christian, this should alarm you. Being numb or indifferent towards this only indicates a sense of defeat and perhaps disobedience toward God’s calling for us.

These are the current issues and how they can be corrected: 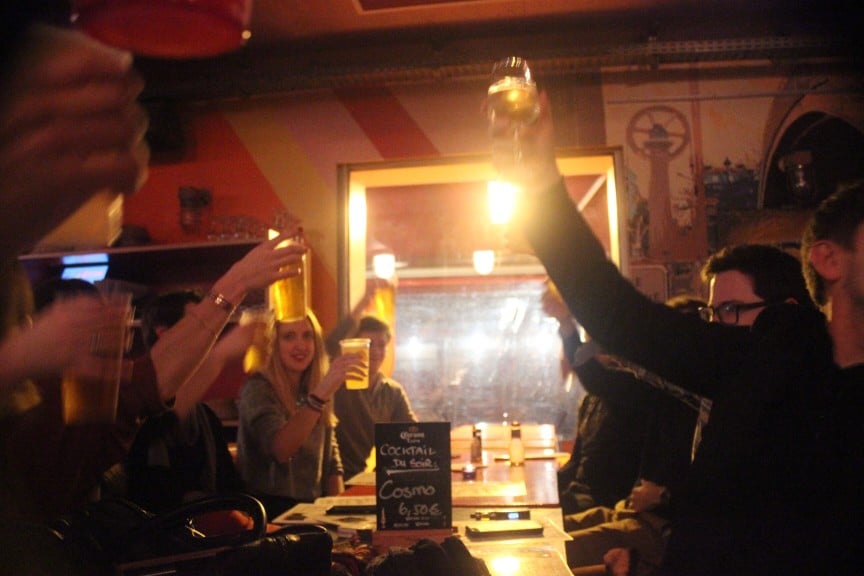 In a conversation with a good friend of mine about ministry, we spoke of the importance of building strong relationships with anyone that walks through the doors of the church. I could not agree more with that statement.

However, the trend of over-valuing relationships amongst attendees has resulted in a watered-down, come-as-you-are, cheap grace (as Bonhoeffer worded it in 1937). The words of God spoken through Paul have become anecdotal at best, archaic at worst:

“2 preach the word; be ready in season and out of season; correct, rebuke, and exhort, with great patience and instruction. 3 For the time will come when they will not tolerate sound doctrine; but wanting to have their ears tickled, they will accumulate for themselves teachers in accordance with their own desires, 4 and they will turn their ears away from the truth and will turn aside to myths.” 2 Timothy 4:2-4 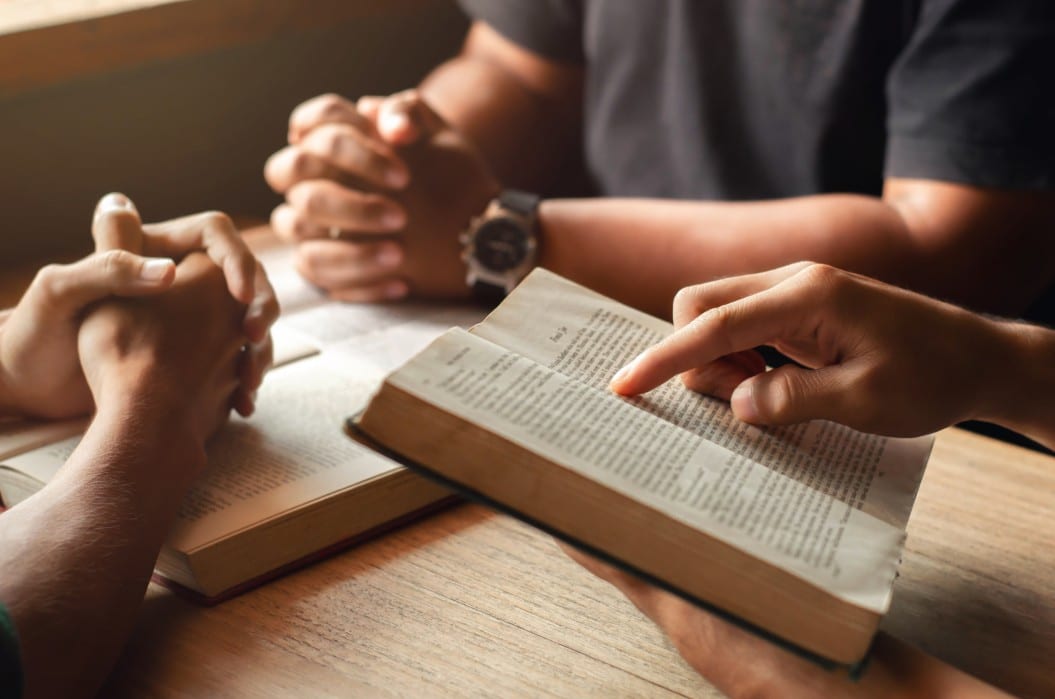 If we exegete the blank spaces, we would notice that the primary role of the pastor is not to finagle ways to make more people comfortable and dare I say “relevant”. The point is not to grow to a point of relational value in the eyes of an individual so that you may someday be able to teach that person something he or she may grow into.

Friend please do not misinterpret me, yes build relationships, but not at the expense of not teaching sound doctrine. Churches today are avoiding taking a doctrinal stance out of fear that people may be “turned off” by the words, or coming across as “insensitive”. I wonder how Paul would have addressed the Galatians using 21st Century church standards, he said:

In fact, churches today are quick to read Matt 11:28-30, where Jesus called those to come to him who are weary and burdened, and he will give us rest. But they bypass the call to repentance in verses 20-24.

The result of guarding people’s emotions and possible “turn-offs” is the perpetuation of producing weak Christianettes who do not delight in God’s instruction but are like chaff, tossed by the wind, as Psalm 1 reads. For instance, how many adolescents are graduating and abandoning the faith altogether? There’s a 90% drop-out rate among graduating students.

How can we expect people to stand guard against the attacks of the enemy, when the only armor they have is the equivalent of a plastic knife bible knowledge, and a disposable plate weak faith?

The Solution: start with having upright teaching, and don’t forget to build strong relationships with those who God has entrusted you with. Flipping the order will alter the result.

It seems like today most churches are interested in providing a service that creates buzz so that others are enticed to investigate further. Again, I am not saying that churches are to be hidden, or be denied fun, I like to have fun! But going back to 2 Timothy 4, it’s clear God isn’t calling churches to put together blockbuster events. The function of the pastor, is to equip the saints for the work of the ministry (Eph 4:12).

If your church is spending 90% of its resources to groom church members to only invite their non-believing friends to Church, there’s a big problem! It’s like the church of Laodicea in Revelation 3:14-21, they were so full of themselves that they were doing the equivalent of throwing a party for Jesus each week but forgot to invite the guest of honor. Remember when Jesus says “I stand at the door and knock” He’s not speaking to non-believers, He’s speaking to the Church of Laodicea.

I remember working at a church where my job title was Student Ministry Pastor, but my job profile was event planner. My success was not measured by the time I spent leading students to become disciple-makers; instead, my success was measured by the amount of events I did each month and how many people it attracted.

The Solution:  Thom S. Rainer and Eric Geiger wrote a book called Simple Church, I invite you to read it. He challenges churches to limit events to what is essential, and to quit doing unnecessary events that, in the end, do not produce disciples.

Lastly, this is a combination of the first two points, but it’s truly focused on the end-result of most churches today. Most churches are trying to appeal to the culture by becoming one with the culture. Taking Jesus out of context, saying that he was a friend of sinners, and that he stood for the marginalized. Such statements could not be more misleading. Yes, Jesus befriended notorious sinners, but he did not relinquish His holiness in the process. He made himself available to the outcast, and went to those most despised by the religious leaders of the day. But notice that Jesus didn’t get a piercing or a tattoo, to appeal to the culture. The accounts we have of Jesus approaching sinners, were always followed by convicting words.

For example, to the Samaritan woman at the well in John 4, He confronted her with her sin, to her face! To the woman caught in adultery in John 8, He defended her from being stoned to death, but immediately told her to leave her life of sin. By the way, most “seeker-sensitive” churches always use John 4 and John 8 as a frame of reference for their ministry philosophy, but they always skip the part about sin being confronted.

In 2020, I watched an online conference of the most notorious church in Miami and was disgusted at the sight of the pastor welcoming in the platform a musical group that was singing about being promiscuous and adulterous. I could not believe that this church chose to endorse and promote a musical act that stood in contrast with God’s call to holiness. I just can’t imagine Jesus, or any of the apostles pulling a stunt like that, in the hopes that more people would be more inclined to hearing a good message that includes Jesus. I recorded the scene, on my phone, and have decided to let you watch it, just in case you think I’m exaggerating. Click the image or this link to watch the clip. 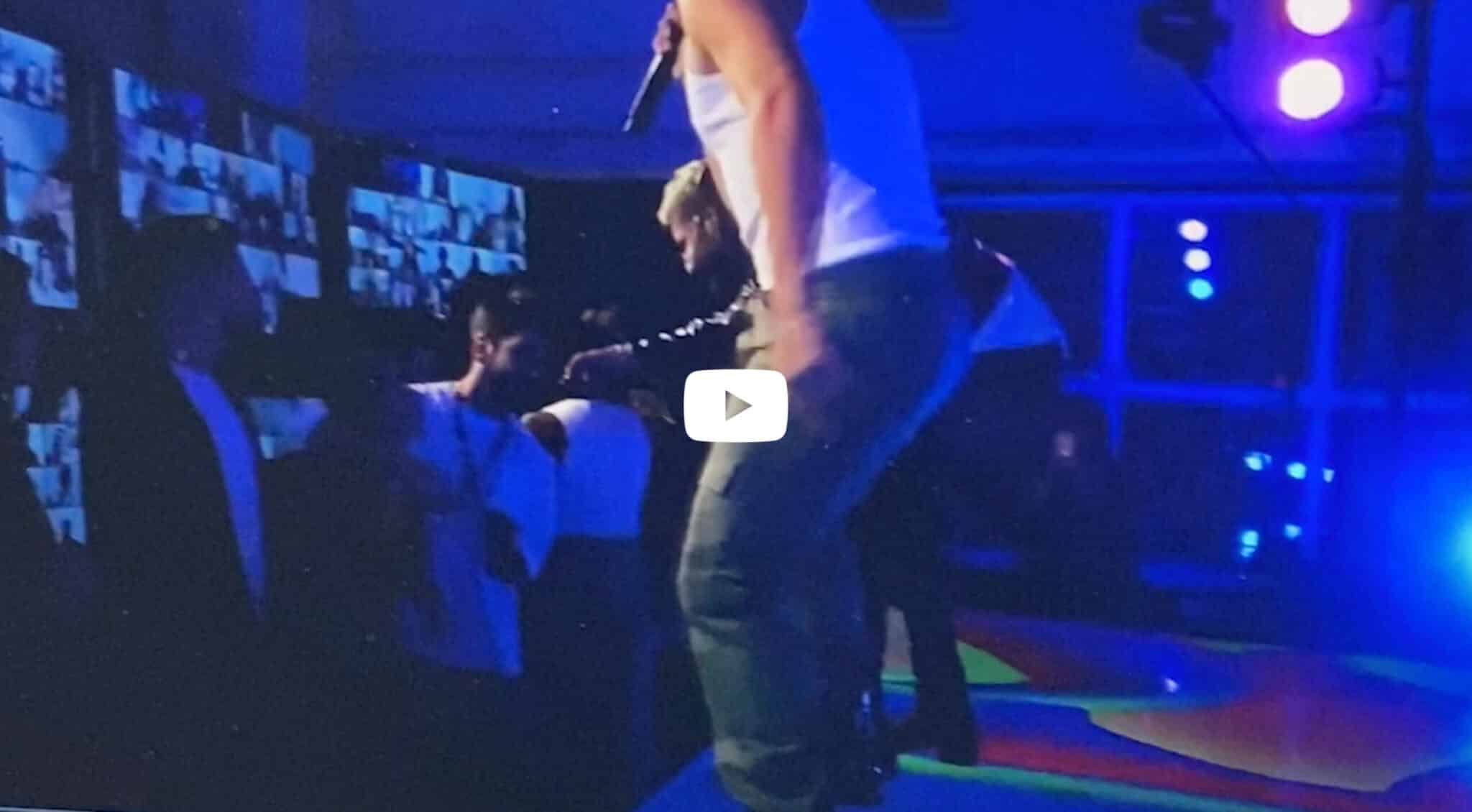 The actions of this “church” are the antithesis of the Great Commission. How exactly is that teaching them to obey? The reason why things get to that level are because people have elevated the need for being relevant, relational, and attractive, at the expense of producing mature disciples.

The solution: preach the full counsel of God (Acts 20:27; Ezekiel 33:1-9). Do not conform to this world (Romans 12:1-2), yes churches must know their culture, but they should never endorse the culture. I’m not saying don’t have an event, I’m simply inviting you to think if the thing that you’re promoting could be confused by the work of Night Clubs. If 90% of your staff’s energy is not focused on equipping the saints for the work of the ministry, but promoting events, you’ve forgotten your mission. It’s time recalibrate!

I pray that you have the guts to face the reality of your church. The goal of this post is not to create division among churches, it’s a call to go back to the root. If you found this post helpful, let me know, and don’t forget to subscribe.