If you haven’t heard, there’s been tons of negative publicity surrounding the SBC these last couple of days. Sexual harassment dating back years kept getting brushed under the rug and suddenly it’s all out in the light.

I’ve had phone calls, and text messages come my way these last couple of days. I’m sure if you are involved at any degree with a Southern Baptist Church someone may have already shared with you one of the several articles about the SBC. These are some of the Articles: “This Is the Southern Baptist Apocalypse”, The Southern Baptist Horror, and No Atheist Has Done This Much Damage to the Christian Faith just to name a few.

The question is: “what should we do in this perilous time? Should Southern Baptist Churches leave the SBC?” I don’t think so, and here’s why: 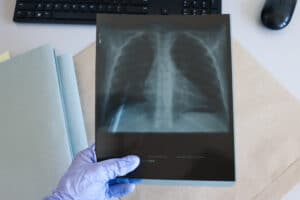 1. A History of Self-Examination and Correction

No other Christian Denomination has ever done what Southern Baptists have done. When they were in the wrong about racism, they publicly acknowledged it, and asked for the forgiveness of those they had wronged. Just read the Resolution On Racial Reconciliation On The 150th Anniversary Of The Southern Baptist Convention. When the Seminaries were on the slippery slope of theological liberalism, they pulled themselves from the precipice and made difficult decisions to uphold the authority of Scripture. A negative example would be Harvard’s Head of Chaplaincy being an Atheist, a walking contradiction. A school that was founded upon Biblical truth by the Puritans to protect their generations from secularism now celebrates that its Head Spiritual Leader is an Atheist. Think about that for one moment.

And now today, the report released is from a decision made by Southern Baptist messengers (that is, members from Southern Baptist Churches) who came together and voted to invite a third party to investigate its own committees for the purpose of correction.

Knowing what kind of publicity this could bring, Southern Baptists chose to hold the leaders of the different committees accountable.

Yes, some leaders did everything they could to try to prevent this from happening, but the news circling the SBC reveal that the SBC will not stand for sin, it will stand for truth.

2. The Purpose of the Convention working together It’s important to understand how the SBC works, but most importantly, we need to remember that the president of the SBC does not tell, nor can he order, a pastor from a local church to do anything. That’s because Southern Baptists are a Network of like-minded churches coming together for one purpose: Missions.

How does the SBC work?

The SBC technically exists only 3 days in the year. It’s a convention, a gathering, a large business meeting. Members from other Southern Baptist Churches all over the country meet to be encouraged, and hear the latest reports of the different institutions under the SBC umbrella. Such as the  International Mission Board, the North American Mission Board, the 6 Seminaries, etc. Then, there’s a portion for voting, and making motions on the direction for these institutions as well as appointing new leaders.

The SBC President, and the executive committee is a team of people that are chosen to ensure that the decisions made on that 3 day meeting are executed. (This is an over simplification, but it’s in essence how it works)

More importantly, these committees are not the leaders of the 45,000+ SB churches. Each church is autonomous, and these churches are pool their resources together for the purpose of Missions. These leaders work to execute the decision of these churches. In other words, the scandal is to be understood that some of the people whom we trusted to be faithful men of God to execute the decisions we voted for had severe moral failures. When you hire someone and they fail, you hold them accountable. 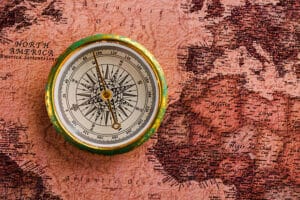 It’s obvious that once again Southern Baptists are facing bad publicity, but that should not stop us from working together.

Whenever there’s mismanagement, we should be the first ones to be upset. We are entrusting these leaders to be faithful men of God, yet we also understand that sin is very real. What a terrible witness indeed. However the failure of some does not nullify the united effort of the thousands of churches that have decided to come together for the purpose of missions. More can be achieved together if we work together.

Southern Baptists have chosen to pool their resources to fulfill the Great Commission. The IMB handles the logistics of all the missionaries that we send from our churches. Moreover, not one missionary has to ask for sponsorship, because the combined resources of all these churches supply their very need.  When a church is being planted in the US, funds exist to help these new churches sprout through NAMB. When a church is in need of revitalization, resources are shared not just financially, but training, too. Whenever there’s a Disaster, Southern Baptists are the first to arrive to the scene, with necessary resources for communities impacted through their Disaster Relief Program.

It’s not just money, it’s every resource available for the purpose of fulfilling the Great Commission.

We should always stay vigilant, and paying close attention to ourselves and those we appoint, and when they fail, we should hold them accountable. Leaving our combined efforts would only hinder our efforts to have a greater impact for the Kingdom.

What Should we do?

For the reasons listed, I don’t think leaving the Convention is the right thing to do, nor the wise thing to do, so what should we do?

1. Pray for our Continued Efforts 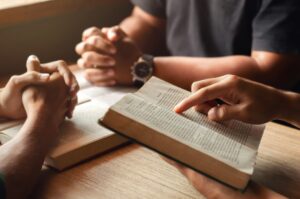 The average person reading the news will think that the scandals are describing every Southern Baptist Church. The truth is that the churches have not failed, those appointed to lead the committees and institutions failed. The Church continues to be the primary vehicle for God to accomplish His mission on earth.

We can, and will appoint new leaders, precedent has been established and better parameters will be put in place to prevent from something like this happen again.

2. Stay committed to the Mission

Don’t lose focus, your church is part of a network that believes in fulfilling the Great Commission until Christ returns. We have joined forces, not for corruption, but to bring the Good News. When corruption happens, continue to be bold and hold those appointed to leadership accountable.

As we join forces, we can ensure we have a greater impact for the Kingdom working together. This is not about supporting our missionaries alone, this is about coming right beside other like-minded churches for the purpose of fulfilling the Great Commission.

When you give, your dollars are at work and the books are on display.

3. Continue to Stand for Truth

Southern Baptists are not secretive people, they are people seeking to glorify God. We stand for truth. Every sin, since its inception has been public, and it is the only denomination that has successfully reformed itself each time it was allowing something sinful taint its purpose.

Let us rejoice that we belong to a community that is willing to self examine, and correct itself when it is in the wrong. Southern Baptists have chosen to be vulnerable, and not put anyone on a pedestal but Christ alone: the one who knew no sin but became sin so that in Him we might become the righteousness of God.

Nothing about this post is written to justify the evil actions of those elected to lead in the convention. Their choices have yet again misrepresented the efforts of Southern Baptists.

For those wanting to leave the family, I would encourage you to rethink, your disgust to these findings should fuel your desires for being more involved, for sending messengers to the yearly convention, and to ensure that your presence is felt. Remember that at this moment we must not run away, we must come together.